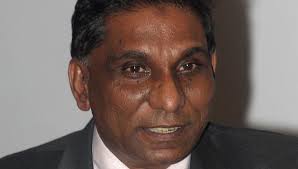 Kuala Lumpur 13 October, The Federal Government is studying new ways BR1M handout .The Finance Ministry Secretary General Tan Sri Mohd Irwan Serigar Abdullah has suggested the possibility of BR1M being as form of food stamp in the near future. This is proposed in order ensure that qualified poor families are the only receiving the aids and the money is not misused to buy unnecessary items such as smartphones or cigarettes.

There is a possibility of BR1M being hand out as food stamps during Budget 2016 announcement while the aid can be implemented on existing Mykad system. The aid will be credited to recipients Mykad on monthly basis while it can only be used to purchase basic items in qualifying shops such as Kedai Rakyat 1 Malaysia. These items may be limited to foods such as rice and sugar, basic necessities and household items while scheduled monthly payout will also ensure even distribution of the aid. The amount of aid will most likely remain the same as previous payout. Countries such as US has been using the food stamp system as a form of hand out for a long time.

Recently the Federal Government has announced the BR1M payout hike while loosened eligibility where more lower income families will be able to benefit from BR1M. The BR1M 2015 will be released next year with 3 scheduled payment on January, May and September. Although the increased of payout was heavily criticised by opposition lawmakers, the Government has maintained that BR1M is a form of effective method to assist the lower income group while shielding them from reduction of fuel subsidy and the implementation of GST in Malaysia.